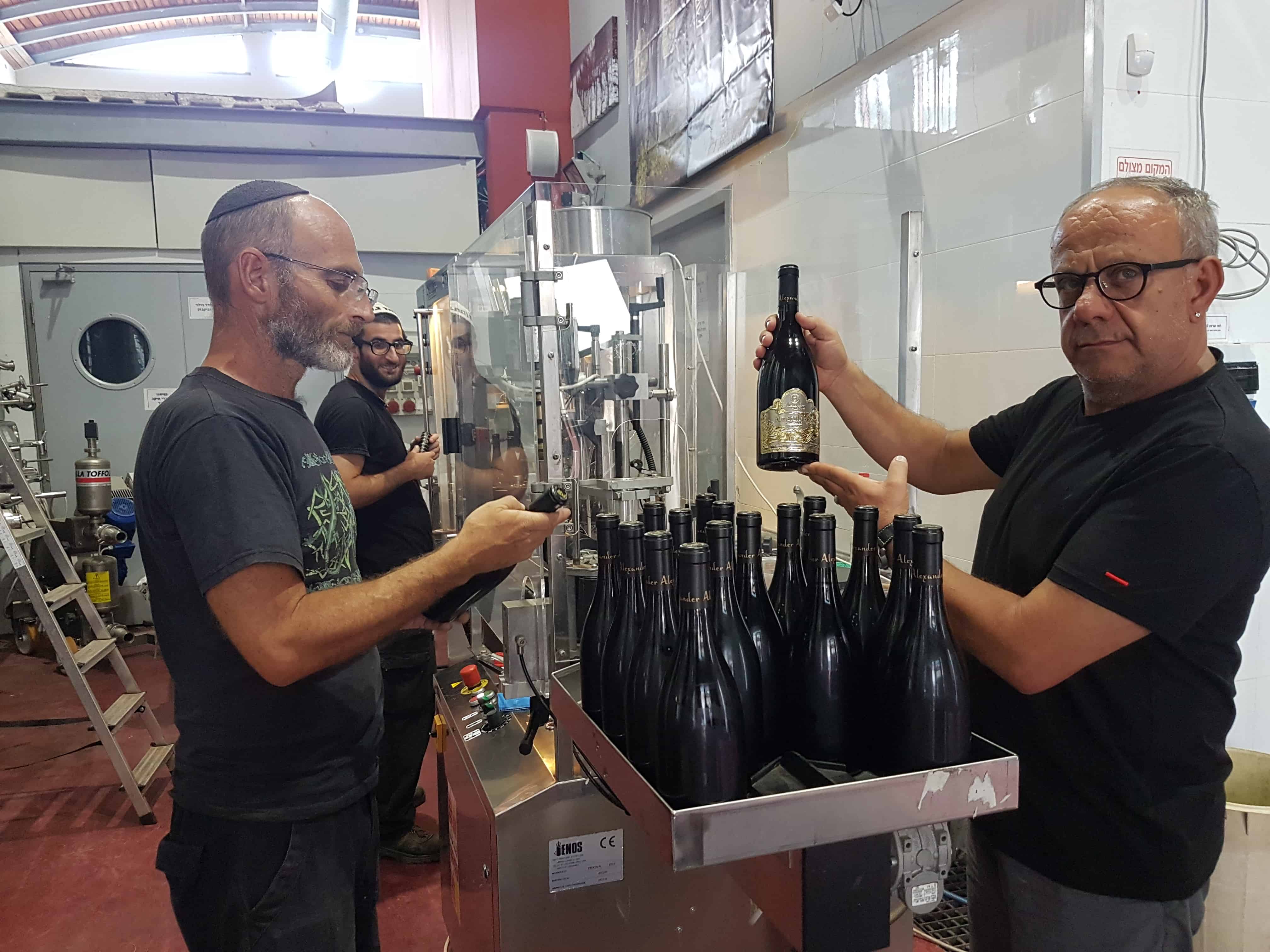 Amorolo 2013 is being bottled at the winery.  Amorolo is part of the Alexander the Great series and one of the most unique wines available in Israel.  It is the result of the Alexander Winery vintner’s courage with the first harvest XX years ago of XX grapes.

Amorolo is produced from grapes which have been dried in aerated cold rooms and shrink by 30% without losing their chemical composition.  Amorolo undergoes a particular and long process which includes improvement during some 40 months in new barrels, accompanied by racking every 6 months.  This wine is not filtered, is aged at an average temperature of 16 degrees Celsius, with monthly topping off.

Amorolo has earned international recognition, tasted for the famous wine critic Robert Parker in blind tastings for comparison with the Italian Amarone and was awarded 94 points, being the highest grade than an Israeli wine has ever received.

Back to news
Join our customer club